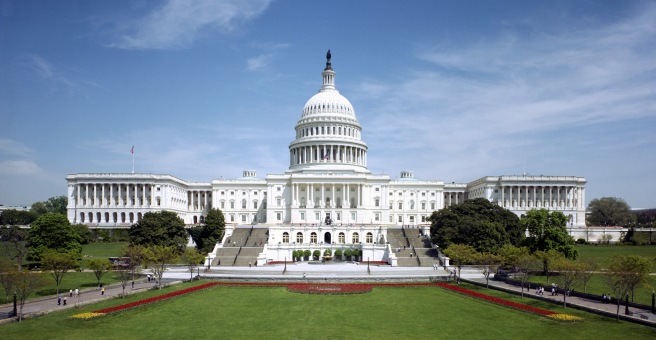 Yesterday I was part of a delegation of Catholic Relief Services Global Fellows who went to Capitol Hill to meet with legislative staff members of our Senators and Representatives.  Our purpose was to advocate on behalf of two groups of people that are all too often voiceless in world society; those who are victims of human trafficking and slavery and refugees.

We discussed the pending legislation H.R. 3226/S. 1968, which is the Business Supply Chain Transparency on Trafficking and Slavery Act.  This act would be another important step toward ending trafficking and enslavement around the world.  Currently there are approximately 30 million slaves in the world, many are women and children who are held in the sex trade and many are men in forced labor.  The act would require all publicly traded companies with revenues of $100 million or more to include in their annual report a statement that tells what efforts they have made to ensure their goods and services have not been produced by people who are enslaved.  The legislation is important because it again affirms the inherent dignity of each human and the revulsion we all have for human trafficking and slavery.  In addition, businesses will benefit when they are assured their competitors do not have an unfair and immoral advantage over them due to the cost differential that the use of slaves creates.

All people of good faith can let their voices be heard on this topic.  To send a note to your senators and representative you can go to this website and complete the form: Support H.R. 3226/S.1968.  It only takes a minute and can have a huge impact.

In each office we also encouraged support for additional funding for humanitarian aid in the federal budget for the current fiscal year.  Right now the humanitarian aid funding is .014% of the Federal Budget – that is just over  1/100th of one percent.  It is that small in the face of the largest refugee crisis since World War II.  While acknowledging that every country has a right to vet those who wish to migrate we must also admit that we have a moral imperative to aid those fleeing war and persecution by supporting refugees where they presently reside, during their journey and within our own borders should they be admitted.  Increasing funding to provide all refugees the basic necessities of life like food, shelter, clothing and education for children is not optional for anyone who claims to be Christian or American.  It is a moral requirement that we cannot justify ignoring.

As a Georgian, I am proud to say that we received a warm welcome in all three offices and the promise of additional study and consideration of the pending legislation.  I encourage each reader to take the time to contact your Congressional delegation and voice your support for both of these initiatives. Based on our meetings, I can assure you if you are a Georgian, your voice will be heard.  Peace!

View all posts by Steve Swope