I noted earlier that our town was hit by a massive tornado on the night of March 25/26, 2021. In this insightful video, Trey Duffey has captured perfectly the spirit and resiliency of the town that we live in. We will make it through this difficult time and come out stronger!

Trey describes the town and video this way:

The Sunday after the tornado hit Newnan, I sat down and thought about the community that I’ve come to know and love over the past 9 years. This town is where I’ve found lifelong friends, made huge life decisions, worked my first job out of college, started a business, and met my wife.

I wanted something that represented more than the devastation and wreckage that so many people experienced a few weeks ago, so I started digging. I’ve had the opportunity to work on a lot of different projects in Coweta County, and I think the culmination of them represent what our community really is….something much bigger than a storm.

My hope was to show the faces of individuals who represent what Newnan Strong means. Teachers, Non-profits, First-Responders, Administrators, Homeowners, the list could go on. Just know they are a small (and in many ways a huge) representation of the response that has gone on in Newnan the past few weeks.

Last Friday at around 12:30am an EF 4 tornado ripped through my hometown of Newnan, Georgia. Emergency responders, electric crews, charities and citizen volunteers have spent a week struggling to begin to clean up our town.

With over 1,500 homes significantly damaged or destroyed, we have an acute homeless problem. Newnan High School is damaged, perhaps beyond any hope of repair. Charities are working to keep up with the need for food, water, and other necessities.

A lot of work is being done to address the short term needs but those soon will transition to medium and longer term needs stretching into 2022 and 2023. We are in for a long recovery.

For a lot of people, the year 2020 was awful. We were hardly into it when the Covid-19 pandemic hit. For me personally, it started off really bad. On January 13th, my father passed away, which for me like so many other people was a time of sadness, hurt and pain. Shortly thereafter, I had an minor outpatient procedure but ended up in hospital with an internal bleed. Then came the pandemic – shelter in place, wear a mask, don’t touch anyone, shortages of things like toilet paper, rubbing alcohol and even beans!

To be honest, I struggled through the year. I didn’t see my daughter and her husband for more than 30 minutes during the year and my grandchildren for only 10 days. Playing the banjo lost its appeal – and there are no sad banjo songs! We saw social events cancelled, charitable fundraisers moved to virtual, and then volunteering during the early voting and day-of voting in the Georgia general election and Senate run-offs was an exercise in restraint as people from both political sides tried to goad us into a wrongful comment or reaction.

I know that I didn’t have it as bad as many others who lost loved ones to Covid, the people who died alone because of social distancing requirements, and the faithful workers in our grocery, drug, and other stores. But I still struggled.

I hoped that 2021 would be a turning point, one in which we emerged from the awful year of 2020 with new hope, vigor and energy; but for me, early in the year, that didn’t happen. It seemed that 2021 would just be more of the same horrible 2020 but just a year later. Then like the lucky few, I qualified for the Pfizer vaccine. I got my two shots, felt like death warmed over after the second one (to which my doc said was a ‘good’ thing) and moved on. I have hoped that the distribution of vaccine would accelerate and spread throughout the world and we could get back to whatever normal is.

I took the picture at the top of this article at about 6:30am at Pawleys Island, South Carolina in the United States. At the time it simply looked nice to me. I think I was looking for light, for hope, for something, any damn thing positive. I now realize that like so many of my fellow citizens of the world, I spent the entire year of 2020 in a dark depression. I have thought a lot about what was lost this past year. We have been stuck at home with all of our possessions, the crap accumulated over a lifetime; whether 20 years, 65 years or 95 years. That stuff isn’t enough. We need and desire human connection. Not just with our family, but with friends, acquaintances and yes, even strangers. That is what is truly valuable. That is the lesson of 2020, forget (as George Carlin would say) your shit; because all the stuff you own is really just shit to other people. Remember what counts are human relationships and interaction. That is all that is important, really, that is all.

At the time that I took that picture, the image to me was simply…pretty, now it is a sign of hope and a new day. We have the ability as a world to defeat this virus that has deprived us of our lives for the past year. We have the ability to ensure that not only a guy like me can be vaccinated but so can the person in Kenya, India, Mozambique, New Zealand, Japan, China, and anywhere else in the world. We have the ability to set things right again, to come to our senses and place real value on what is important; not stuff (i.e., shit), not politics on either side, not on social media, not sports or entertainment, but on decent, real, and honest personal interaction. That to me is the lesson of 2020. It isn’t flashy or sexy but it is real and it is what we, or rather I, needed to learn.

I don’t know who reads my ramblings (if anyone) but it is cathartic for me to write them. If you have struggled during the pandemic, I hope that you get some positive feeling from my reflections and thoughts. I wish you the best in the brighter days that are surely to come. Don’t give up hope.

Peace to you all.

The 1st annual Tour of Coweta is on April 17, 2021 at 8:00am. This event benefits the Newnan Rotary Club which does wonderful work within our community including: delivering Meals on Wheels, recognizing our veterans, providing Newnan with the 4th of July fireworks, and many other service projects.

The century takes place on the beautiful country roads of Coweta County, Georgia. The event will start at 8am for all participants at the Historic Newnan Train Depot in downtown Newnan. From there, multiple routes will be available in 25, 45, 62, and 100 mile rides. The Tour of Coweta Century is fully supported. SAG stops and mechanical support will be provided and participants will be entertained to a post ride meal downtown and the Rock & Road Cycling Festival. Participants will be provided with SWAG bag, T-Shirt, and $10 Lunch Coupon for after the event celebrations. Day of Registration available for $55.

For more information, to sponsor or to register, visit: http://tourofcoweta.com

My homily from Sunday, November 22, 2020 – The Solemnity of Christ the King is now available at: Deacon Steve’s Homilies.   As always, your feedback is welcomed and appreciated.

My homily from Sunday, February 2, 2020 – The Presentation of the Lord is now available at: Deacon Steve’s Homilies.   As always, your feedback is welcomed and appreciated. 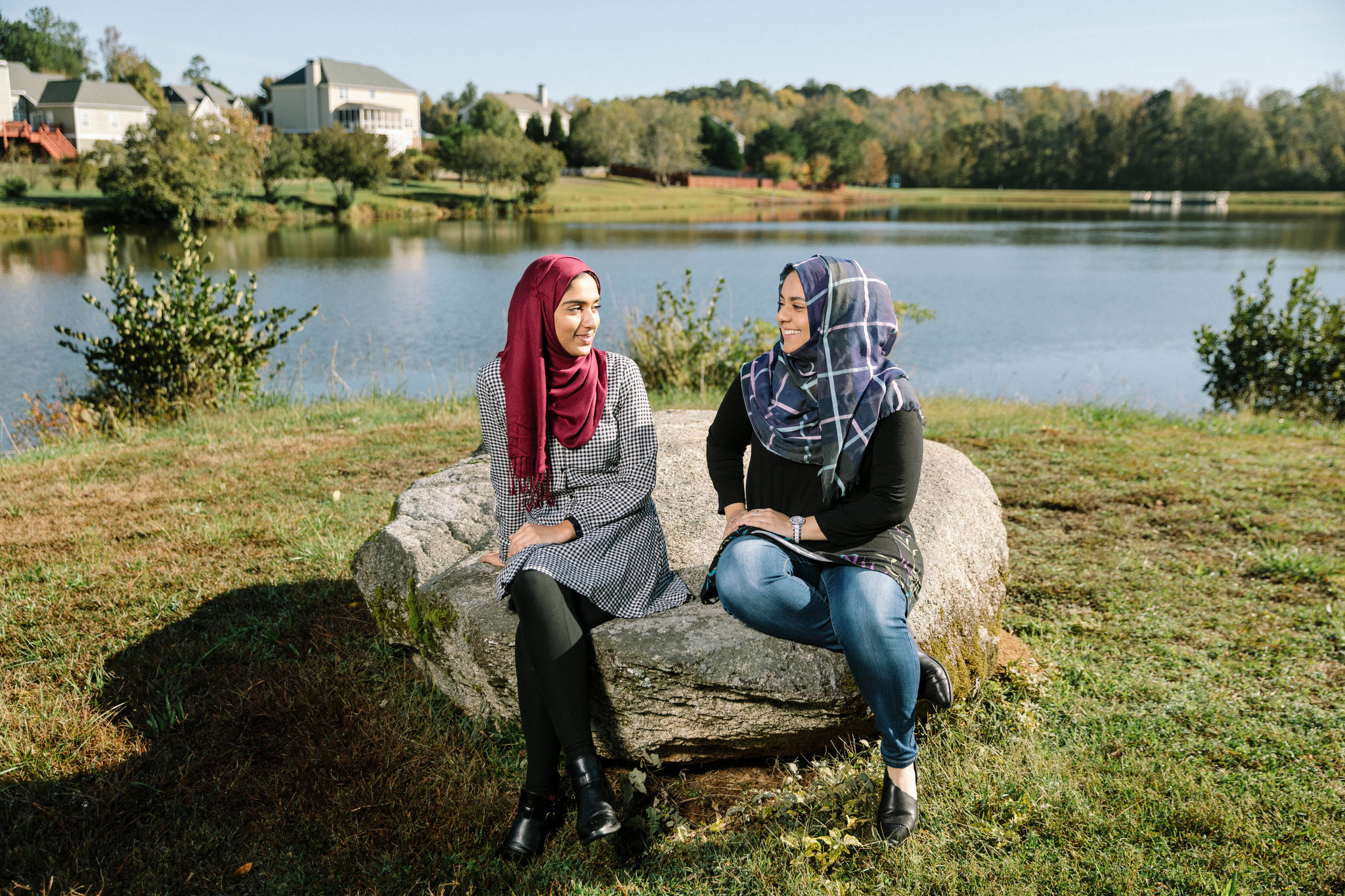 This article by Audra D.S. Burch, is on the front page of the NY Times today. It is not a completely fair representation of our community. While there were some nativist goofballs who raged against it, the portraits were widely accepted in our community. The article neglects to mention that the night before the bozo Neo-Nazi’s came to town our citizens (black, white, hispanic, asian, and more) all flooded downtown merchants and restaurants with shopping/dining to support them because they would be closed the next day. To be downtown that night was to see a celebration of the diversity, community spirit, and integrity that is a hallmark of my hometown of Newnan. That is just one example of the diverse citizens of Newnan coming together. I posted about this celebration of our community back then: #NotWelcomeHere and the resulting embarrassment of the Neo-Nazi fools #YouCantFixStupid.

A bit more focus in today’s article on the positive race relations in Newnan would have made this article a shining example of what a community can be when it actually honors and respects the dignity of ALL of its citizens. By the way, the people depicted in these portraits are what makes Newnan so wonderful that the population has more than tripled in the 35 years I have lived here. The acceptance of this diversity is what makes our community thrive.

On January 13, 2020 my dear father Paul Swope passed away at the age of 94. Dad was born on a central Kentucky tobacco farm in 1925. He lived through the great depression and served in the U.S. Army Air Corps and later the U.S. Air Force during World War II and the Korean conflict. He married my mother, Helen in 1952 and was not only devoted to her but adored her every day of their marriage END_OF_DOCUMENT_TOKEN_TO_BE_REPLACED

Last weekend I traveled to Ashtead, England to celebrate Andy Storey’s 60th birthday.  One might fairly ask why someone living in Newnan, Georgia would venture to England for a birthday party.  The answer is quite simple: Friendship.

I first encountered Andy on a conference call in the mid 1980’s when he was working for British Caledonian Airlines and I was a revenue management consultant.  We later began working together closely in the early 1990s when Andy migrated to Australia to work for Qantas and I was still consulting.  During that time I also met Carissa Rae who was a new Analyst for Qantas.  In fact I was her instructor when she came to work in the revenue management department. END_OF_DOCUMENT_TOKEN_TO_BE_REPLACED

My homily from Sunday, September 22, 2019 is now available at: Deacon Steve’s Homilies.   As always, your feedback is welcomed and appreciated.