#WorldRefugeeDay is a day of action! Through #CatholicRelief, #GlobalCitizen and other organizations, we have the confidence that we can make a difference of people who are suffering from displacement, terror and fear. END_OF_DOCUMENT_TOKEN_TO_BE_REPLACED

Deep within each of us is a moral compass. We can look at that compass and follow it or not; that is called free will.  It is interesting how instinctive and easy it is for children to follow the moral direction it points with compassion and heartfelt sympathy for others.  A six-year old New York boy named Alex saw the picture of little Omran Daqneesh in the back of an ambulance in Aleppo, Syria and was moved with compassion.  He was so moved that he wrote a letter to President Obama asking the President to go get Omran and bring him to the U.S. so that Alex’s family  “will give him a family and he will be our brother.”  The moving story of Alex’s plea can be found here: Alex’s Letter to the President.

Deep within each of us is a moral compass.  Like Alex, we each should follow it; it will help us navigate to a better world.

“Our world is facing a refugee crisis of a magnitude not seen since the Second World War. This presents us with great challenges and many hard decisions …  We must not be taken aback by their numbers, but rather view them as persons, seeing their faces and listening to their stories, trying to respond as best we can to their situation.”  – Pope Francis

Today is World Refugee Day.  It is time to show world leaders that the global public stands in solidarity with the millions of refugees who have fled their homes due to war or persecution.  These are real people with families whose lives, hopes and dreams have been dramatically disrupted by conflict.  Each of us can make a difference by contacting our national leaders and asking for their support to aid refugees, work to end the conflicts that have led to their fleeing and help to return them home.  Your voice and mine can make a difference. 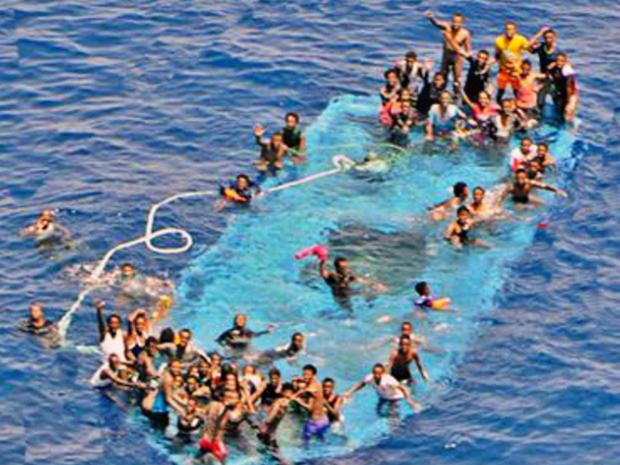 Real people in this #RefugeeCrisis are dying.  They want peace and safety.  When do we finally take notice and care?

It is easy to think of people we do not know as being strangers or the “other.”  I was struck by something that  Abraham Maslow said.  He believes that humans have an intense need to belong, to have a sense of community with one another – in Church speak we call it solidarity.  Believing that at our core we are all humans in one human family.  This explains our common need to be part of families and bonds created in organizations ranging from the workplace to fraternal associations to platoons.  Those refugees suffering a half a world away END_OF_DOCUMENT_TOKEN_TO_BE_REPLACED

January 31, 2016February 18, 2016 ~ Steve Swope ~ 2 Comments
When we each agreed to participate in the Catholic Relief Services Global Fellows trip to the Balkans we knew we would encounter many refugees and have an opportunity to spend time with some of them to better understand the human dimension of the overall refugee problem. We knew there would be some commonality in the personal stories but that each story would be as unique as the person we were sitting with. Among all of the people that we encountered there are some that particularly stand out and we will remember them the rest of our lives. For me, a woman named Hiat is in this category.

Briefly, Hiat is a woman in her 30s who is a refugee from Syria. We met her with five of her six children at a free hotel in Athens which is run by Caritas Athens and supported by CRS. Hiat is the only adult in her family because her husband was killed in the Syrian civil war a short while ago. Hiat is beautiful with a wonderful smile that we only got to see when we complimented her children. She is exhausted and fearful.

It is not only difficult but it can be dangerous for a woman to travel this route without a male companion. This is not due to danger from her fellow refugees but from those who would prey on the vulnerable. We heard stories of smugglers taking vast sums of money from refugees for transportation when a cheap bus ticket would suffice and others who told of the Bulgarian police “examining” the refugee’s meager possessions and stealing whatever they wanted, including money.

Hiat, had arrived in Greece the day we met her and did not know when she would leave. She was worried about her children as any mother would be. In a real way, she is trapped. She fled Syria to save her children from war after her husband’s death, she is now in Greece where she has 30 days to move forward, request asylum or be returned to Syria. In addition, she fears some of her children might not survive the onward journey. Hers is not the anguish of a mother who is a nomad, a pioneer or one living in the Middle Ages. She is a 21st century mother on the run who just a few years ago had a husband, home, children and future.

Hiat is receiving help from CRS and Caritas Athens, she and her children have a warm room, they will receive two meals each day and she can get counseling and assistance to plan and understand the next phase of her journey, but she has hard decisions to make.

There is much more to Hiat’s life and story.   It is a long post but I encourage you to take the time to read it all and reflect upon it. I ask this not because I’m writing it, but because I believe it will convey to you a more accurate sense of who the Syrian refugees are, what they have left behind and why, as well as their hopes for the future.

Normally, I would post a photo of Hiat and her son on this site. We asked permission to take her picture and she asked that we not do that. Refugees, especially those just arriving need to build trust in those who are helping them. Until that trust develops over the course of a week or two, they can be reluctant to allow photos. We respect her wishes. To see her full story, just click here.  END_OF_DOCUMENT_TOKEN_TO_BE_REPLACED